On the Importance Of Formants In Pitch Shifting

Posted by neuronaut on February 06, 2000
Tutorials

This page is dedicated exclusively to the topic of formant movement occuring when pitch shifting sampled sounds. It will detail the effects involved and show pictures of the effects that cause unnatural sounding pitch shifts.

1.1 Introduction – What are formants?
The following graphics shows a short time fourier spectrum of a sampled sound of a female voice singing the vowel ‘ah’. One can clearly see the fundamental frequency as a prominent peak to the left side of the display. The individual harmonics can be seen as small peaks of varying amplitude forming a regular pattern with equal distances to the fundamental frequency. To the right of the fundamental frequency one could see the harmonics forming some small peaks connected with a dotted line beneath a larger section marked with a solid line and the letter F. The small peaks and the large peak are all formants, we have marked the widest formant with F for utmost clarity and visibility. 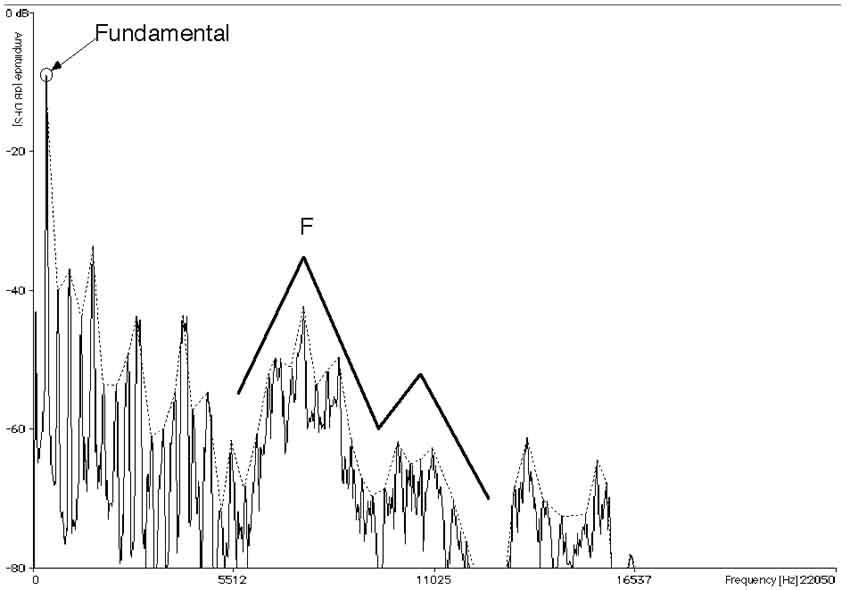 1.3 Why formants change with transposition.
In the process of changing the pitch of a signal to sharp, for example, either with or without keeping the original file length, the sample rate of the audio signal is altered thus expanding the fundamental frequency along with all harmonics and the spectral envelope to the right, i.e. to higher frequencies. One can also see the distances between the harmonics determined by N times the fundamental frequency (with N being an integer > 1) becoming larger as is typical for a higher pitch. As the spectral envelope (and thus the marked position F) is also stretched, the position of the formants is altered. This has the same effect as altering the proportions of the vocal tract of the singer, shrinking or stretching him or her in size from a dwarf to a monster. Clearly, this is not happening when the singer sings at a higher pitch, therefore resulting in an artificial sound bearing little resemblance to the original. 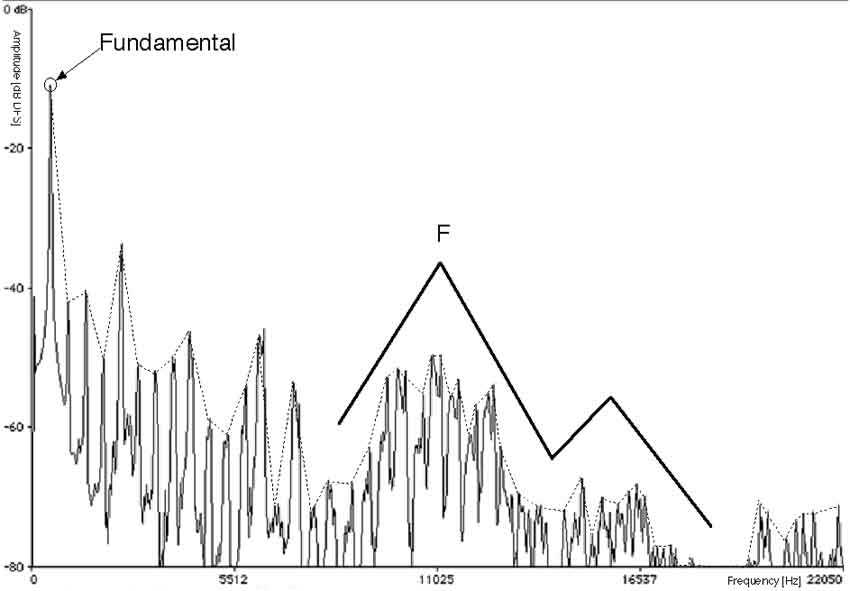 1.5 Why singer formants do not change.
When keeping the spectral envelope, i.e. the position of the formants either by pitch transposing with Timbre Correction or by having the singer sing at a higher pitch, one yields a natural sounding transpose. As shown below, the position of the formants (and the marked region F) is not altered during the process of singing at different pitches although the relative distances between the harmonics are now different. When singing at a higher pitch, the formants are not changed since the vocal tract responsible for resonances and cancellations forming the formants also remains unchanged. 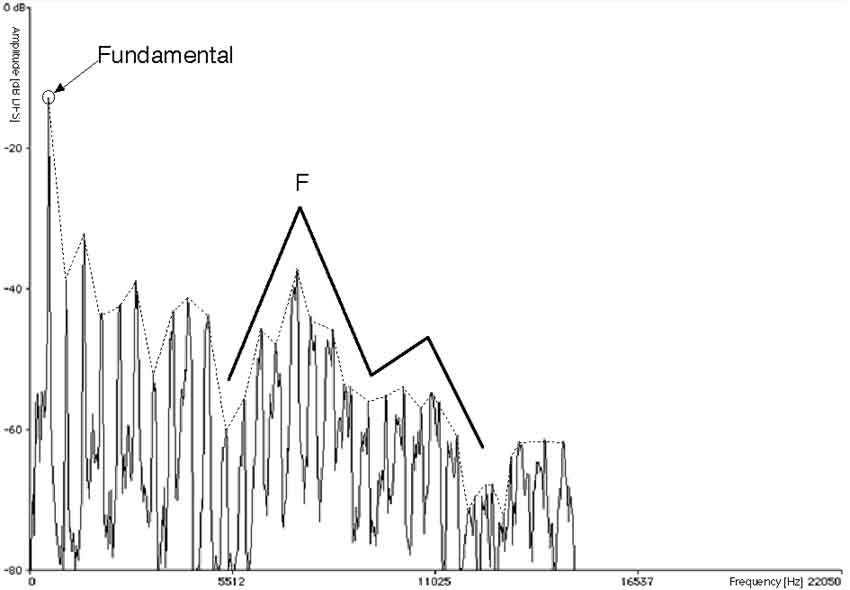 10 Comments to On the Importance Of Formants In Pitch Shifting